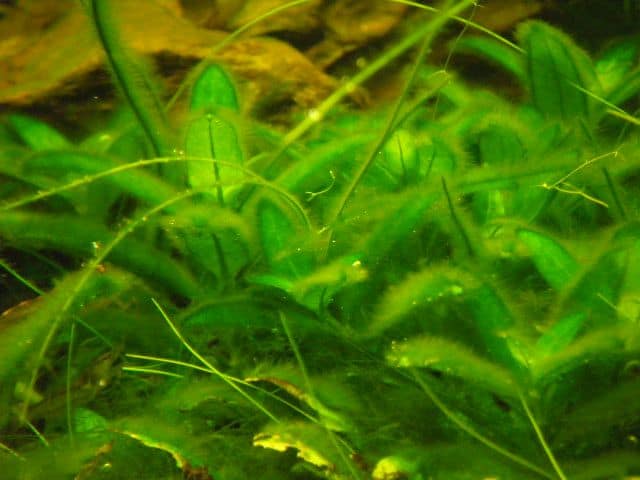 As an owner of a fish tank, a clean and healthy aquarium is everything you can dream of. However, this can turn into a nightmare in a blink with the gradual growth of a green or brown looking hair-like plants. Well, this is one of the most common types of seaweed absolute in freshwater and saltwater aquariums, namely hair algae.

Don’t worry, you are not alone into this.

Hair algae may be difficult to get rid of but not impossible at all. There are several ways you can put an end to this problem even for good. And today we are going to do exactly that.

The first thing we are going to try to explain the reason for the appearance of hair algae in our fish tank. Many of them are sometimes not so easy to control, hence we may need the help of some effective treatment to combat the explosion of these algae in the tank.

But before that, let’s enlighten us on the status of hair algae.

The hair algae, scientifically called Capillary Oedogonium are individual algae cells that form long chains, clinging to each other precisely form the filaments. These filaments intertwine with each other developing a mat that resembles wet wool. These hair algae first begin to grow in aquarium furnishings such as rocks and roots, and then later take over plants too.

In the presence of hair algae, the water is very often clear. Their presence indicates a very low or nonexistent phosphate level. After winter, there is inevitably nitrate residue in the pond water. They take advantage of this to reproduce until there is no more nitrate. They then stop reproducing, detach themselves and become like slippery yellow-brown-green balls that float on the surface of the water. Additional effects are a low kH value and high pH value and almost stagnant growth of oxygen plants.

In nature, there are several types of hair algae, and most of them form in tropical aquariums, as they prefer warm water conditions. Their abundant growth can lead to a series of problems with the tank and its life cycle.

They are brown (obviously) and have filaments that can measure between 6 and 10 mm. To the touch, they are unpleasant and viscous. They stick to almost all aquarium surfaces, especially plants and decorations.

Why Should You Get Rid Of Hair Algae?

Because they are harmful to your fish tank, not to mention the lives as well.

Very often, this type of algae is formed in recently started planted aquariums. During the first weeks, the microbiology in the tanks is still quite unbalanced. The longer the tank is in operation, the more stable its biological and ecological cycle becomes. In the beginning, the balance between algae and plants is not sufficiently established. In the correct period, the plants will gradually take over its algae as they grow and increase. It is, therefore, essential to insert plants, especially fast-growing ones, right from the start of the tank, to keep algae under control.

Why Do Hair Algae Appear? Are They Always Weed Algae?

In all typical aquariums, there are dozens of different algae species. Often there are only a few cells in the whole tank, but under the appropriate conditions, an infestation can arise from each. This means that it is always good to maintain a balance between animals, plants, microorganisms, photoperiod, light intensity, dissolved nutrients, filtering …

Hair algae are not necessarily infesting in the aquarium: like most algae, only under certain conditions do they have the possibility of reproducing out of all proportion. Due to the morphology of these algae, their growth is evident as the filamentous skeins are voluminous and often grow in the most prominent points of the aquarium.

How Do Hair Algae Grow So Fast?

The hair algae to proliferate need necessarily: nutrients and light.

An explosion of hair algae in the aquarium could be due to an imbalance of nutrients, nitrates, or other. Nitrogenous compounds and phosphates mainly give them. We provide them directly by feeding the fish and with the fertilizer of the plants.

Higher light intensity or when you have just installed a new ceiling in the tub are also causes of hair algae development. An external light source such as direct sunlight or too long lighting phases can also create this problem. We provide the light directly to the algae, using lighting systems such as fluorescent tubes, pls tubes, LEDs, HQI. Or indirectly by mistakenly locating the aquarium near a window.

How To Get Rid Of Hair Algae In A Fish Tank?

Hair algae do not live on ammonium alone. They need a little bit of everything, especially iron. Light is also a fundamental element. Algae cannot assimilate anything, with the lamps off.

If the algae in the aquarium have reached worrying levels, it is clear that the favorable conditions are all there. Unfortunately, these are the same conditions that make higher plants luxuriant, also because it seems that the latter evolved from Edogonal algae (“Oedogoniales” is the order of belonging) in prehistoric times. This makes it challenging to hinder algae without doing it even with plants.

Sometimes, mechanical removal is recommended: a small bucket is put into the water and rotated between the fingers; the filaments wind around us like the hair on curlers. If the hair algae are present only in some places in the tank, it is possible to remove them quite easily by using a skewer with a rough surface by merely wrapping them.

At other times, someone may recommend introducing herbivorous animals. It must be said that various species appreciate the filamentous: almost all the gastropods, the fish of the genera Ancistrus and Otocinclus, the usual Crossocheilus langei (erroneously called Siamensis).

Or there is the conventional dark therapy; they can be eradicated by keeping the tube light off for 3/4 days. It is an instead natural and non-invasive method to reduce the hair algae in the tank. It is not a problem for plants; for 3/4 days, they manage to survive without light, while for algae, it is a big problem.

Furthermore, all this does not solve the root problem. These are remedies that allow you to speed up removal times after correcting the causes of the phenomenon.

The only real antagonists, for hair algae, are nitrifying bacteria. In an aquarium started for two or three years, it is practically impossible for there to be Oedogonium unless it has undergone some biochemical trauma, which has led to a reduction in bacterial flora.

If it is true that algae are faster than plants, in absorbing ammonium, bacteria are even quicker than algae.

This does not mean that we must equip ourselves with large and oversized filters, but simply that we must have patience; nature has its times.

Waiting for the bacterial flora to develop, and to colonize the whole aquarium, we will witness a progressive disappearance of the hair algae. This not surprisingly always form in the first months, when we are satisfied with having only matured the filter.

If the formation of hair algae is still in the “embryonic” phase, you can try to aspirate them while changing the water. Or you can also treat them with a syringe and hydrogen peroxide in small percentages. Before that, remove the fish or invertebrates from the tank, turn off the filter, then change 50% of the water before returning the fish.

If the problem persists, you will find in the specialized trade different ways, at the touch of the money, that will help you. Anti-algae in liquid form is one of them. Never add anti-algae from the pool to the aquarium! Be careful with these types of products because they can kill sensitive plants such as Ceratophyllum demersum. They are applied monthly, read the dose well.

From my point of view, it is the most effective, in fact, in outdoor fish tanks, it is practically essential. It consists of irradiating the water with ultraviolet light that breaks the algae avoiding proliferation. The downside is that it is expensive, and you will have to change the bulbs every year.

Tips and Tricks to Keep Your Fish Tank Safe From Hair Algae:

Since no one is willing to introduce fish after six months, especially among beginners, there are some tricks to limit the damage early on:

Hair algae are only of concern to beginners in the first few months of setup, and now we understand why: the lack of bacterial flora is a highway for them. The best weapon starts with the “p” it’s patience! Chemical algaecides are always double-acting, solve one problem, and create another.

Proper initial management of the aquarium, aimed at gradually obtaining an excellent biochemical balance, will not only reduce the invasion of hair algae but will speed up their elimination when you have passed the critical phase.

If you follow the tips above, you should be able to get rid of hair algae from your fish tank. If you have any question, let us know in the comment section below!